Search for a tool
QR Code

Tool to generate a QR-Code. QR code is a 2D barcode standard made of black and white squares, recognizable with three smaller squares in its angles.

How to create a QR code?

To create a QR-code, use the dCode form at the top of this page. 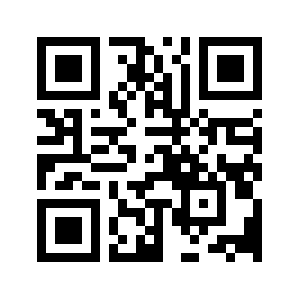 How to decrypt a QR Code?

To read QR-Code, a quick and free solution is a mobile phone. It exists a bunch of applications, often it's integrated into the Camera app. Else use Google Goggles here (link) or Google Lens here (link) (which has plenty of other use)

Without smartphone, on Internet:

How to recognize a QR Code?

The 2D bar code has generally 3 black squares in the corners and a matrix of black and white dots.

What does QR mean in QR Code?

What is the lifespan of a QR Code?

A QR code has no time limit (no lifespan), nor a maximum number of uses. However, if the data contained in the QR code has a lifetime (like an address of a web page) then the QR code will still exist even if the web page no longer exists.

What are the variants of QR Code?

The center of the QR-Code is sometimes non-coding and therefore used to incorporate a logo. Otherwise, there are many other 2D barcodes like DataMatrix (FlashCode), Aztec, PDF 417, etc.

When QR code was invented?

First QR codes were published in Japan in 1999.

The copy-paste of the page "QR Code" or any of its results, is allowed as long as you cite dCode!
Cite as source (bibliography):
QR Code on dCode.fr [online website], retrieved on 2022-10-05,