Tool to decrypt/encrypt according to Mary, Queen of Scots. Mary Stuart code is a substitution cryptogram by symbols extended to the words used by the Queen of Scots.

The encryption imagined by Mary Stuart uses a correspondence between letters (but also words) and symbols. The complete alphabet is regularly changed but kept secret between her and its correspondents.

Example: an alphabet found is visible in the UK National Archives 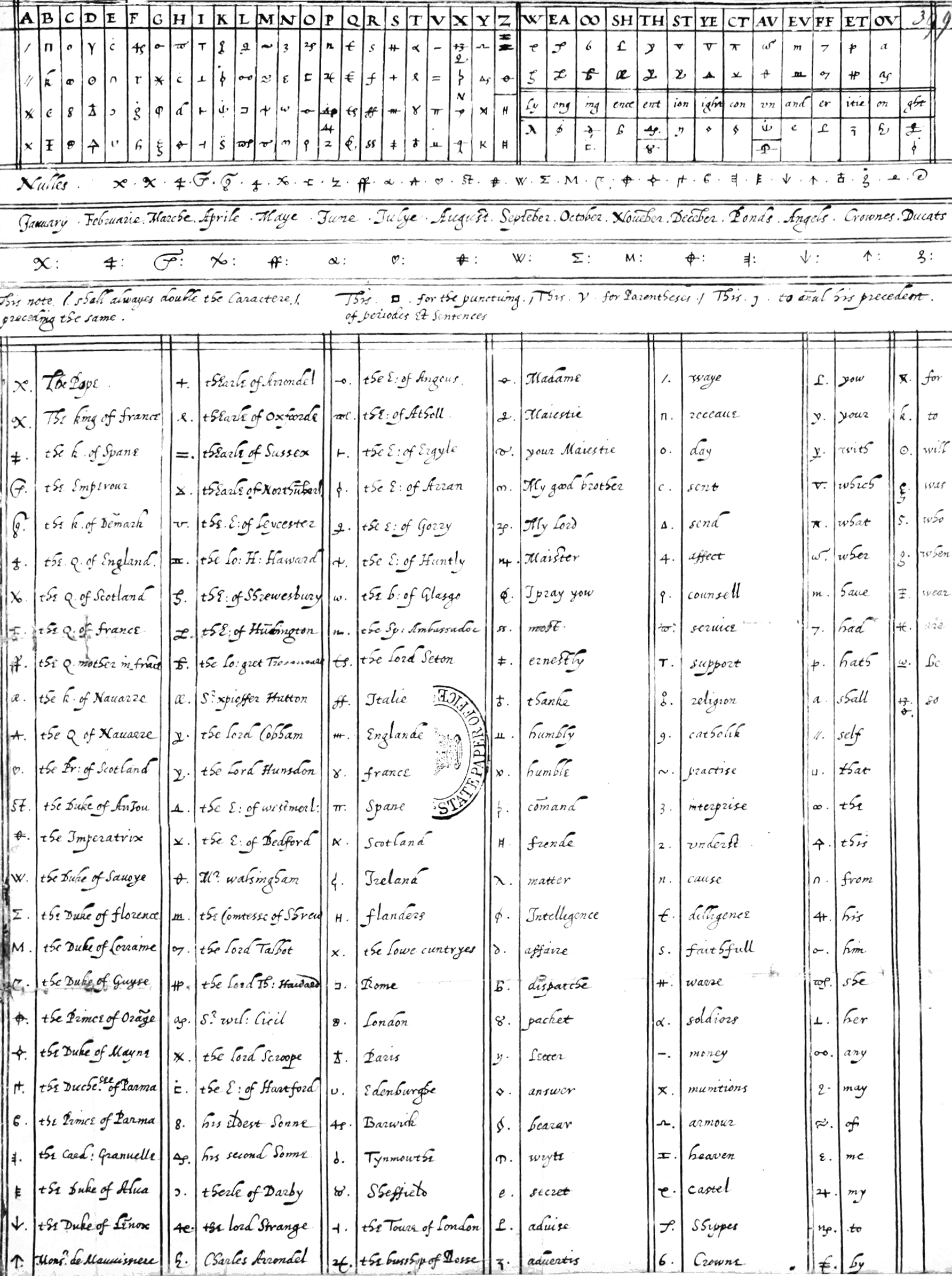 The best known of the alphabets is the one used during the Babington plot, led by Sir Anthony Babington, which aimed to kill Queen Elizabeth I so that Mary Queen of Scots could take the throne. An intercepted message used this alphabet (these are the characters that are the most common on the Internet): 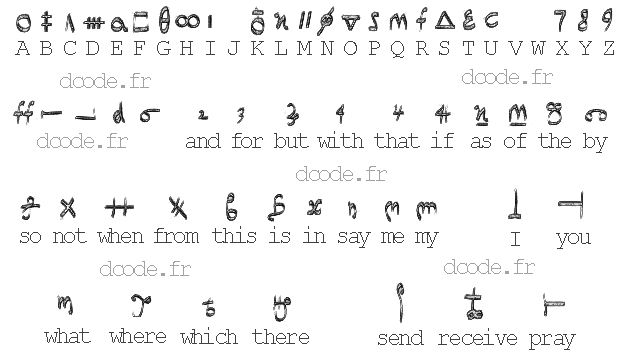 The alphabet contains 5 blank characters that can be used as space or word separator (this makes the frequency analysis more complex).

How to decrypt Mary Stuart cipher?

Mary Stuart decryption is a simple correspondence between used symbols and letters (or words) in plain text according to the alphabet described above.

is translated to QUEEN.

Who was Mary Queen of Scots?

She was convicted of conspiring to assassinate the Queen of England during the Babington plot.

A book is dedicated to her and her code here (link)

The copy-paste of the page "Mary Stuart Code" or any of its results, is allowed as long as you cite dCode!
Cite as source (bibliography):
Mary Stuart Code on dCode.fr [online website], retrieved on 2023-01-29,