Search for a tool
Chinese Code

Tool to decrypt/encrypt with Chinese/Samurai code. Chinese code uses vertical and horizontal lines that cross to encode letters according to the position of the vowels and consonants in the alphabet.

Encryption with chinese code uses the positions (ranks) of vowels and consonants in the alphabet.

The full original alphabet used is: 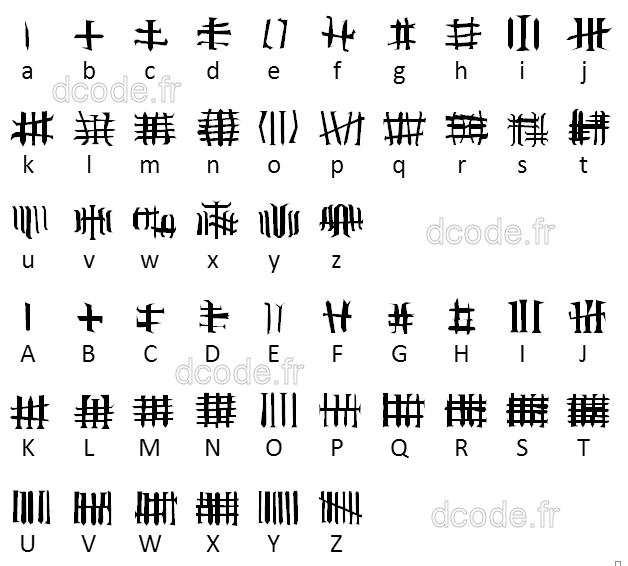 How to decrypt Chinese Code cipher?

The Samurai variant swap the vertical and horizontal lines.

How to recognize Chinese Code ciphertext?

The ciphered message is made of horizontal and vertical bars/lines/sticks. It is often used by scouts.

References to China, Samurai, Bushis, or Mandarins are clues.

What are the variants of the Chinese Code cipher?

It is possible to switch vertical and horizontal lines in order that the represent consonants and vowels or the opposite.

Thanks to your feedback and relevant comments, dCode has developed the best 'Chinese Code' tool, so feel free to write! Thank you!