What is the Mexican Army Wheel? (Definition)

The wheel of the Mexican army is in fact made up of 5 rotating concentric discs (also called wheels, or stages), whose position can be adjusted. Generally the outer wheel is fixed (the letters wheel) with the A at the top, so there are only 4 disks that are swiveling and adjustable. 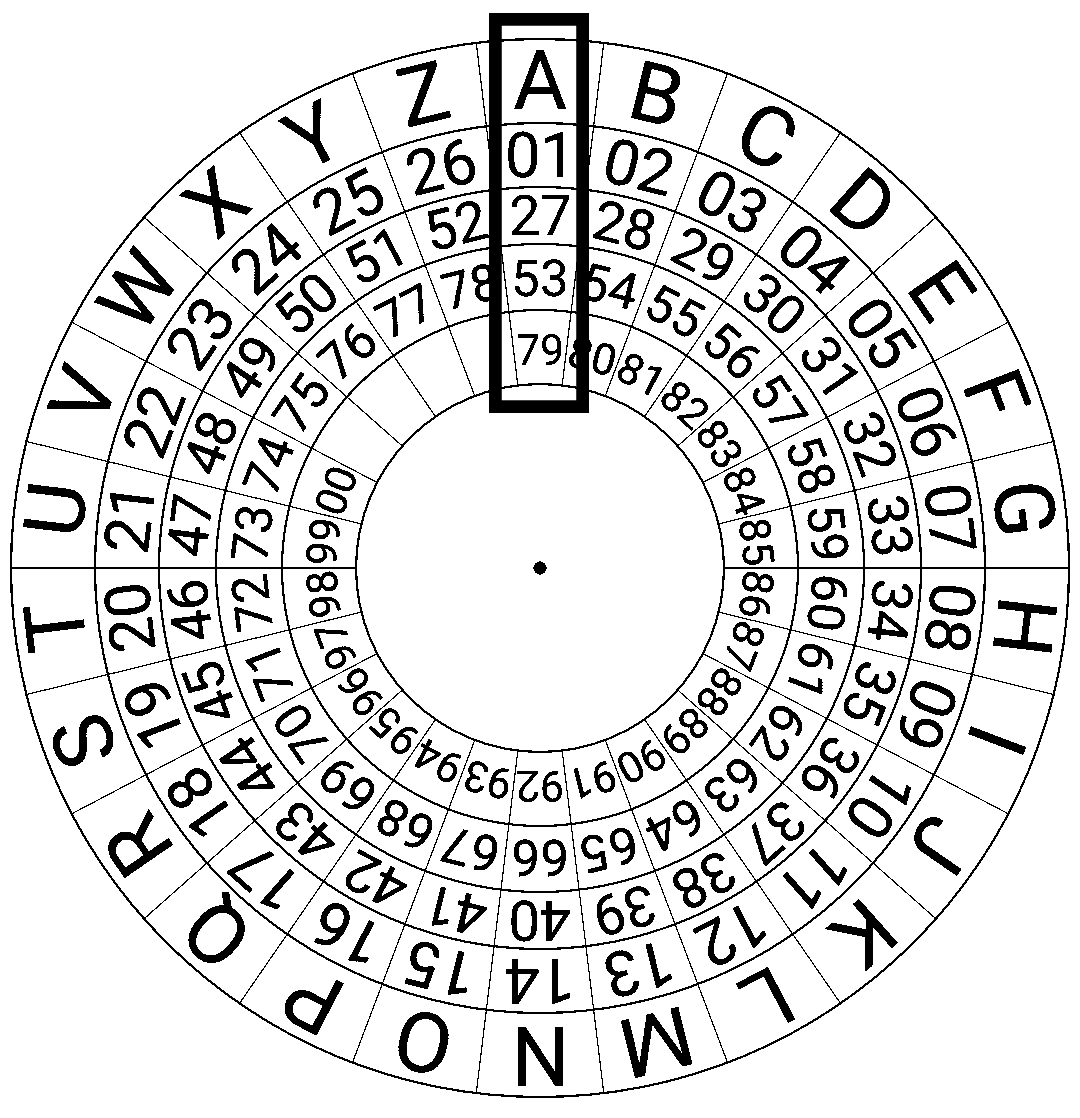 How to define the position (cipher key) of the wheel?

— by a set of 4 numbers, those situated under the A

How to encrypt using the Mexican Army Cipher Wheel?

At each letter of the plain message, the transmitter marks it on the outer dial and associates a two-digit (random) code among the 4 located directly below the letter on each of the discs.

To decrypt, the message is decomposed in pairs of 2 digits in order to retrieve, for each 2-digit number / code, the letter at the top (on the outer disk) of the number in the wheel and thus reconstitute the plain message.

How to select the initial position of the wheel?

Any combination of 4 numbers is possible, however it is common to use a 4 digit code, a year or a time (HHMM so 4 digits).

How to recognize a Mexican Army ciphertext?

What are variants of the Mexican Army wheel?

How to decipher Mexican Army cipher without wheel?

The cipher wheel of the Mexican Army is actually a polyalphabetic cipher with 4 alphabets per shift.

Thus, the most used number between 01 and 26 will probably be an E, the position of the first wheel is then deduced therefrom. The same can be done for other discs.